In 2020, the torrential rain in the south caused the water level of rivers and lakes to soar, flooding in many places, and the public opinion was menacing. On July 12th, the National Defense General upgraded the flood control level III emergency response to level II.

The severe flood in 2020 is reminiscent of the catastrophic flood in 1998. Twenty-two years have passed, and China has once again been tested by the great flood. What are the differences in China's flood control capacity this time? 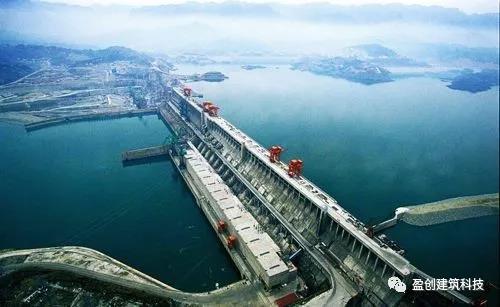 In 1998, the Three Gorges Water Conservancy Project had not been completed. The flood control capacity of the main levees and tributaries of the Yangtze River as a whole is relatively low.

Li Na, director of flood management and impact assessment research department of Disaster Reduction Center, Chinese Academy of Water Sciences, pointed out in an interview with Global Daily reporter: If the 98-year flood happens again now, the flood control system of the main stream of the Yangtze River will have no problem at all, and effective defense can be carried out. However, the Yangtze River runs very long from east to west, and the flood control capacity of some tributaries and mountain torrents in the upper reaches is not high. It is quite normal to avoid all losses caused by floods in some areas for a while. 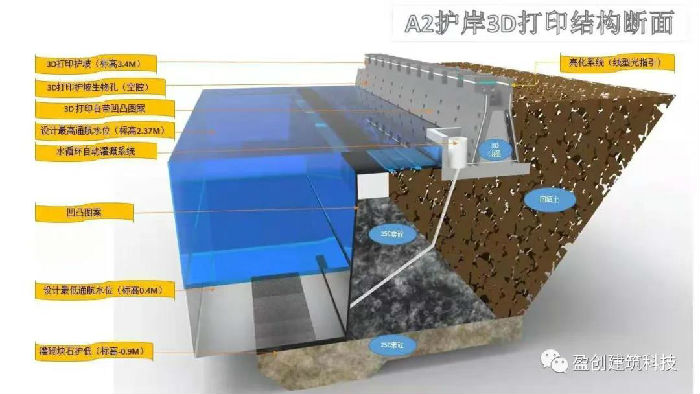 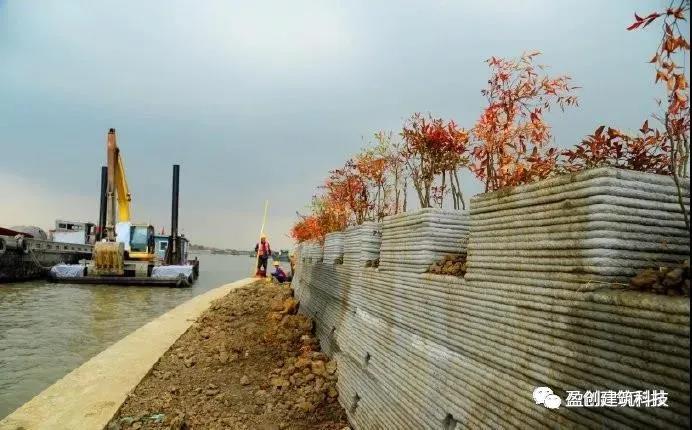 In 2019, Yingchuang tailored the 3D printed secondary revetment for Sushen Outer Port Line (Jiangsu Section) in Suzhou City, Jiangsu Province, and optimized the design scheme for many times. The completed 3D printed revetment not only met the safety and stability requirements, but also met the landscape needs. First, the structure is optimized. The main body of the revetment adopts buttressed cavity structure, which reduces the concrete consumption by more than 2/3 compared with the concrete retaining wall of the same size, and greatly saves the input of raw materials. Second, the construction is integrated. Each section of the revetment structure is 4 meters long and weighs about 5 tons. This sectional method is convenient for hoisting on site and ensures the integrity of the structure. After accurately dividing the line types of design sections, it is printed and installed section by section, thus realizing the accurate control of the line types. Third, the efficiency is improved. The top of the revetment is provided with staggered green planting empty boxes, and the bottom of the empty boxes is connected with the backfill soil behind the wall, so as to realize the exchange of water bodies and provide water basis for plant growth.

In 2020, Yingchuang introduced the ecological riparian management plan, which reinforced the riverbank and considered the riparian ecology to provide a reliable habitat for riparian aquatic organisms. 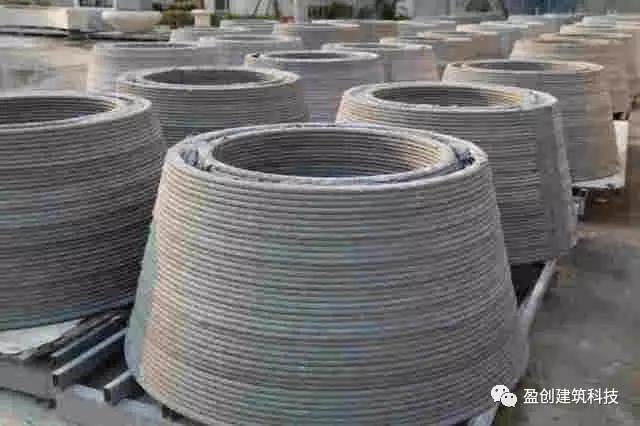 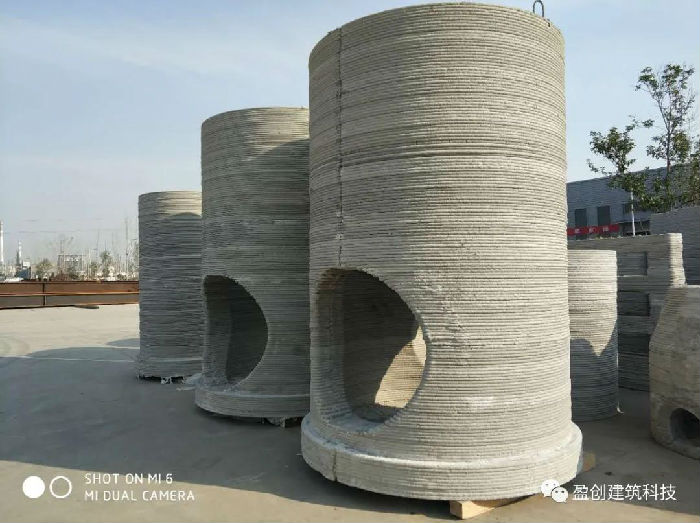 At the same time, Yingchuang takes "Sponge City" as its starting point. In 2018, Yingchuang launched three generations of sewage well facilities, which can be printed in an integrated way according to needs, accurately reserve holes, and only need to be hoisted and connected. A new drainage pipeline can relieve the pressure of waterlogging in cities, rivers and towns. 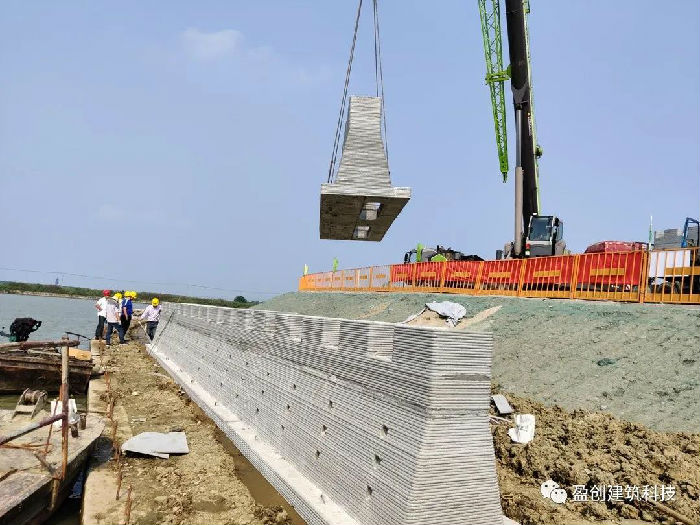